Skip to Main Content
U of T ENGINEERING
Posted August 28th, 2018 by Office of the Registrar 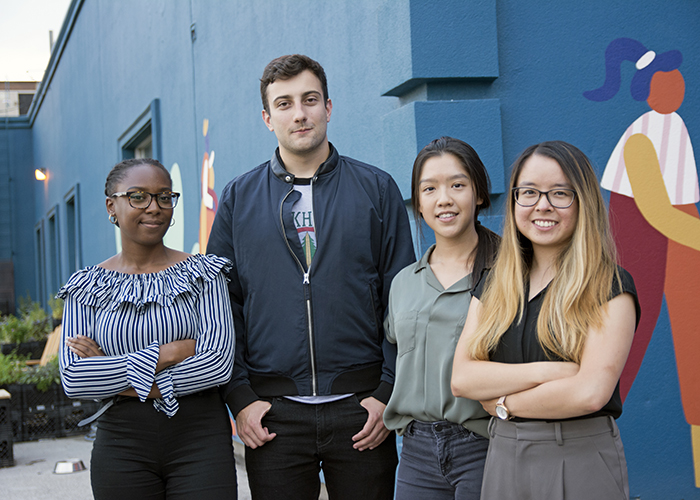 U of T Engineering students Paul Seufert (second from left) and Carol Yeung (third from left) are among four U of T students participating in a fellowship program organized by Sidewalk Toronto. (Credit: Romi Levine)

U of T Engineering students Paul Seufert (Year 4 EngSci) and Carol Yeung (Year 4 IndE) are about to head back to school after having an unforgettable summer spent travelling the world. But what’s unusual about their experience is that their time abroad has the potential to influence urban policy for years to come.

They are among 12 post-secondary students from across the GTA, including four from U of T, who have been participating in a fellowship program organized by Sidewalk Toronto – a partnership between Waterfront Toronto, a government-led initiative to develop Toronto’s waterfront, and Sidewalk Labs, the subsidiary of Alphabet (which also owns Google) that seeks to use technology to improve urban living.

Sidewalk Toronto is in the early stages of proposing a new community in Toronto’s Quayside, an undeveloped waterfront location that will be a testing ground for what a “smart city” could look like.

That’s where the Sidewalk Fellows come in.

The 12 students were selected from a group of over 650 applicants and come from a range of disciplines, including engineering, architecture, health sciences and urban planning. They’ve been tasked with writing a report for Sidewalk Toronto with recommendations on how they would envision Quayside’s future, to be published in October.

Sidewalk Toronto wanted the fellows to take cues from cities around the world when crafting their report – so they sent them across North America and Europe to meet with innovative city builders and gain insights on creating effective solutions to urban issues.

Their travels took them to Copenhagen, Amsterdam, Boston, New York and Vancouver. 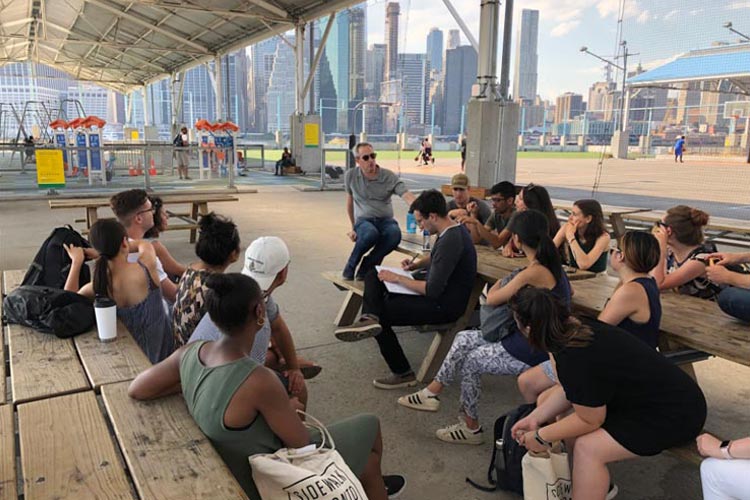 The fellows met with the Sidewalk Labs team in New York City, saw how well-designed European waterfronts could bring people to public spaces, and learned about the different ways Vancouver was innovating to provide more affordable housing.

“It was seeing those on the ground insights – it felt like I learned so much more than I would if I went there by myself for even months and months,” says Seufert.

For Yeung, the experience has made her realize the importance of public engagement and consultation – a practice she hopes Toronto’s city builders will continue to improve upon.

“That’s a culture I want to find in Toronto if it already exists or build up if it’s in its starting stages because that was very interesting to see,” she says.

The fellows will be presenting their findings to Sidewalk Toronto’s senior leadership in October and will help to inform the Master Innovation and Development Plan (MIDP), says Megan Wald, director of design and communications at Sidewalk Labs.

“The University of Toronto fellows have brought a passion for their city and curious intellect that contributed to critical research on, and exploration of, how urban technologies can create more sustainable, affordable and liveable cities,” she says.

This drive to build better cities will make for a report that could have influence beyond the Quayside development, says Pamela Robinson, the Sidewalk Fellows’ academic adviser as well as a Ryerson University associate dean in Faculty of Community Services and an associate professor at the School of Urban and Regional Planning.

“There’s a lot of runway left of this project to both make a contribution to the planning of Quayside but also the conversations about city building in Toronto as a whole,” she says. “This is the first smart city project of its scale in Toronto but we will see other projects that try to bridge the technology-urbanism divide over the next years to come.”

Article was originally published on August 27, 2018, at U of T Engineering News. Article by Romi Levine.