Skip to Main Content
U of T ENGINEERING
Posted December 4th, 2018 by Office of the Registrar 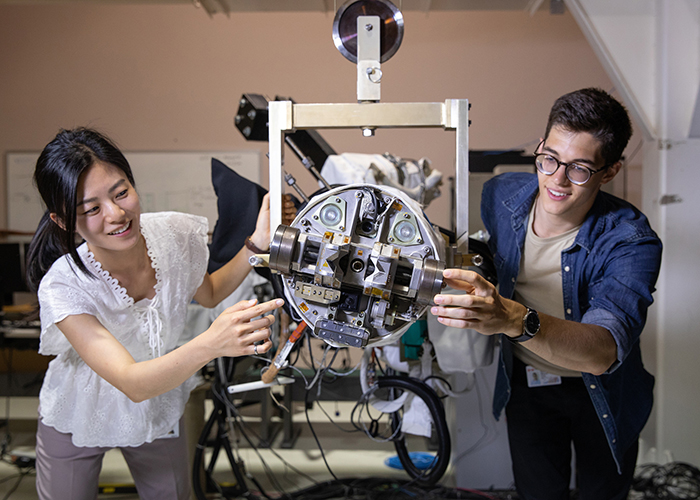 Gaining engineering experience beyond the boundaries of a university campus gives students an employability advantage after graduation. U of T Engineering is home to several programs that open pathways for undergraduate and graduate students to collaborate directly with external partners on practical engineering challenges, including:

Participation in these programs often leads to full-time employment with the partner companies or organizations. Meet five recent U of T Engineering graduates who landed jobs as a result of an experiential learning opportunity: Dhimitri completed two UT-IMDI projects with a different aerospace company before landing his current role in the field. Both projects were key to developing professional connections, he says.

“During my UT-IMDI internship, I dealt with many departments within the company,” he says. “This enabled me to form a wide-ranging network. My IMDI supervisor was a strong advocate, supporting me with stellar references to department managers.”

As an alumnus, Dhimitri sees himself as an ambassador for the program, and it forms a key aspect of his mentorship of current undergraduate students. “I have encouraged students to apply and potential supervisors to submit new projects,” he says. “I benefited a great deal from this program. Now, I hope to use my position to give back to the U of T Engineering community.” 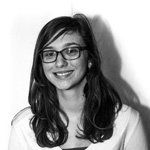 Penwarden completed her PEY Co-op at Ferrovial, a company that operates large-scale infrastructure and municipal services. During her 16 months at the company, she worked on procurement for the extension of Highway 407, a private toll road north of Toronto.

“PEY Co-op was the best thing I did during my education,” says Penwarden. “There is a lot of stuff that you learn in class that is kind of abstract until you get to a job site and you see how it really works. It made civil engineering a lot more real for me.”

Having completed her degree, Penwarden is now back at Ferrovial. She is still working on the 407 extension, with a new focus on cost control.

“It helps a lot with the learning curve to come back into a project that I had already worked on,” she says. “But the major reason I returned was the excellent work environment. Those 16 months showed me how much I loved this part of construction.” 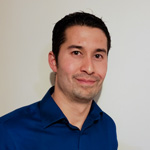 In 2016, Ablachim spent four months with UTC Aerospace Systems, building and improving computer models used in the design of key components of aircraft landing gear. Today, he is a performance engineer with the company, responsible for landing simulation and retraction extension analysis.

“The project pushed me to make use of specific programming skills and knowledge fundamentals that I gained during my degree,” says Ablachim. “I think what made the difference is that I achieved solid results in my projects very quickly, which doesn’t always happen with research and development.”

Ablachim says mentorship was another valuable component of the experience. “I currently sit beside one of my former supervisors and still occasionally pester him for assistance,” he says. “My UT-IMDI experience was instrumental in opening the door to this exciting industry.”

During Canner’s PEY Co-op at Shopify, he explicitly expressed his intent to return after graduation.

“I worked with my lead and mentor to create actionable items to work on throughout my PEY Co-op,” said Canner. “These goals were set up to demonstrate that I could make an impact in line with the company’s expectations and to show a personal alignment and commitment to Shopify’s values.”

Canner’s persistence and hard work paid off. He is now a full-time user experience (UX) developer for the company, focusing on improving accessibility to ensure a positive experience for all users.

Canner believes that without the PEY Co-op experience, he would not have had as clear of a perspective of his career path. “It helped guide me toward UX development, allowing me to explore various areas of software development which led me to figure where to focus my career moving forward.” 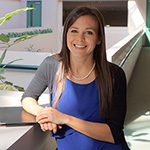 Johnson has worked at MDA, Canada’s largest space company, since her days as a PEY Co-op student — and has risen to become one of its youngest managers. Since graduating in 2010, Johnson has propelled herself into leadership roles, helping to apply space technology to applications in medical, nuclear and advanced manufacturing.

During her time at MDA as a PEY Co-op student she worked on the Canadarm operations team, honing her problem-solving competencies and gaining practical insights into real-world applications.

“My professional development during my PEY Co-op, largely supported by a few key mentors, put me in an ideal position to return to MDA after graduation to continue my dream of working in the space industry.”

Article originally published at U of T Engineering News. November 28, 2018. Tyler Irving and Liz Do.