Skip to Main Content
U of T ENGINEERING
Posted July 24th, 2017 by Office of the Registrar 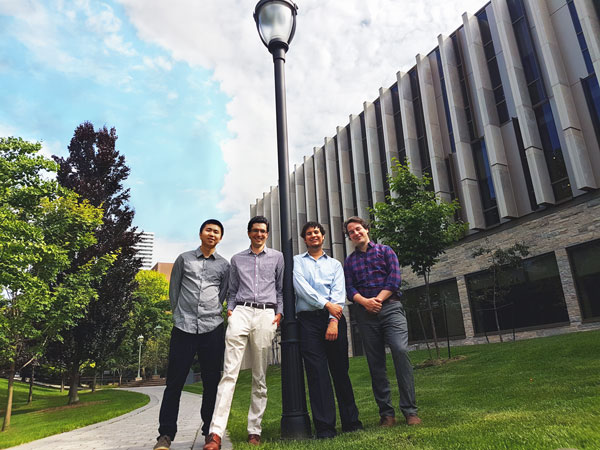 A team of U of T Engineering students has been awarded $20,000 USD to implement a plan to provide solar-powered street lighting for Toltenco, a low-income neighbourhood in Mexico City.

The students placed first in the Student Passport Initiative, an international competition that challenges students to meet a critical need by providing a new or upgraded electrical service in an underprivileged domestic or international location of their choice. It was sponsored by ELECTRI International, a non-profit foundation of the U.S. National Electrical Contractors Association (NECA).

Toltenco is an informal settlement situated on the southern rim of Mexico City. Its approximately 800 residents have an average household income of $135 USD per month and live without access to basic city services, including street lighting.

“Because it’s so dark at night, people don’t feel safe, both from a crime perspective, but also from a hazard perspective,” says Ernesto Diaz Lozano Patiño (CivE 1T5 + PEY, MASc candidate), a member of the team. “There are holes they can trip in, and kids are walking around them. We felt like we could make a big impact.”

Diaz Lozano Patiño and his teammates in the University of Toronto student chapter of the Canadian/National Electrical Contractors Association (CECA/NECA) identified Toltenco as a priority area through a partnership with TECHO, a youth-led non-profit organization present throughout Latin America & the Caribbean.

“I used to volunteer with TECHO when I lived in Mexico City, so I knew that they worked side by side with community members in low-income neighbourhoods” says Diaz Lozano Patiño. “If not for them, we wouldn’t be able to do this.”

With mentorship from Canadian and Mexican electrical contractors, including Larry Tricinci(CivE 8T8) of Beacon Utility Contractors, the team optimized factors such as the height and distance between lights, battery lifetime and brightness in order to develop a proposal that met the community’s needs in a cost-effective manner. 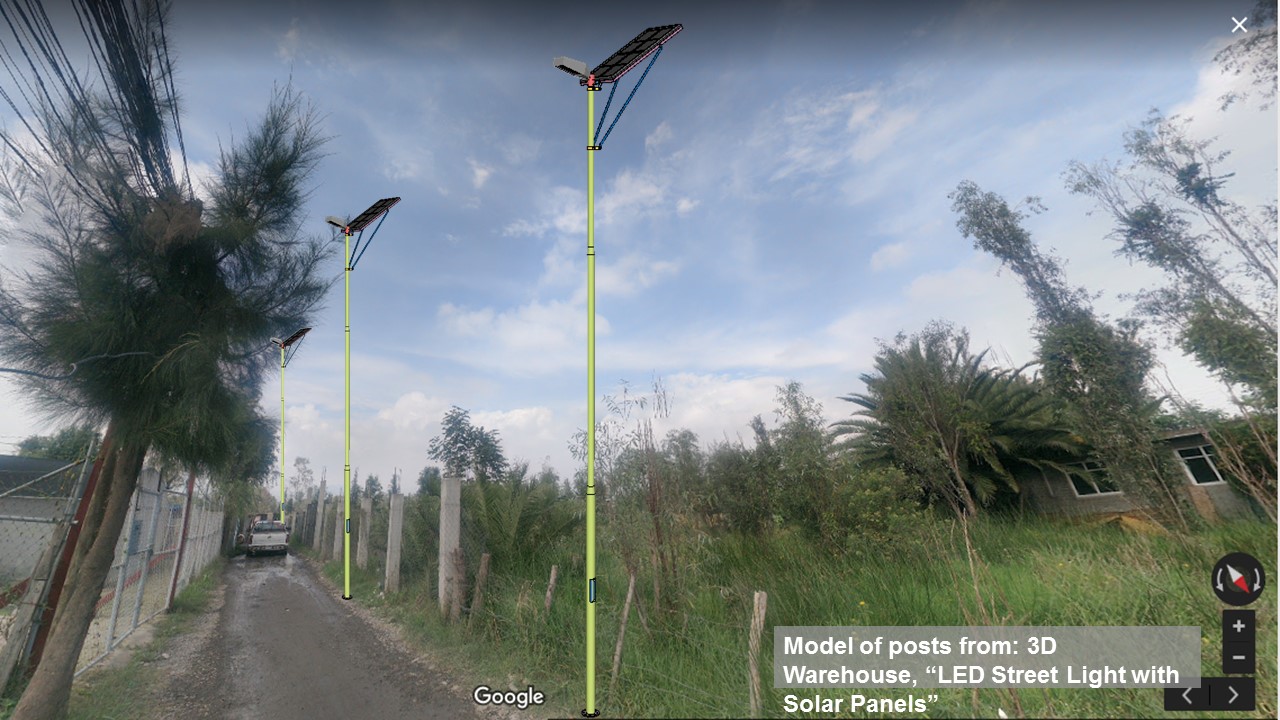 Computer rendering of a solar-powered street light in Mexico City’s Toltenco community. U of T Engineering students will use the $20,000 first prize from ELECTRI International’s Student Passport Initiative Competition to make the project a reality. (Image: Ernesto Diaz Lozano Patiño)

“We divided the project into two phases with different levels of priority,” says Diaz Lozano Patiño. “In the first phase, we aim to put ten lights from the darkest part of the community. As we get more funds, we can add more lights near the entrance to the community.”

The $20,000 prize will go a long way toward ensuring success of the project, and the team is seeking additional donations. TECHO will also work with community members to organize their own fundraising efforts.

The project builds on past success: earlier this year the team assisted in the installation of a lighting retrofit at Toronto’s Good Shepherd Ministries that is saving the charity 40 per cent on its electricity bills. In 2016, two team members accompanied a team from Pennsylvania State University on a trip to install a solar-powered water pump in Roatán, Honduras.

In February 2018, the team will travel to Toltenco to oversee the installation of the first street lights. For Diaz Lozano Patiño, the opportunity is invaluable.

“If we want to be engineers with a global perspective, able to work anywhere in the world, I think we have to go to other places like Toltenco,” he says. “It’s there that you encounter problems that you typically wouldn’t find somewhere like Toronto. You come back with an open mind and an ability to look outside the box for solutions.”

This story was originally posted by Tyler Irving in U of T Engineering News.