Skip to Main Content
U of T ENGINEERING
Posted November 21st, 2017 by Office of the Registrar 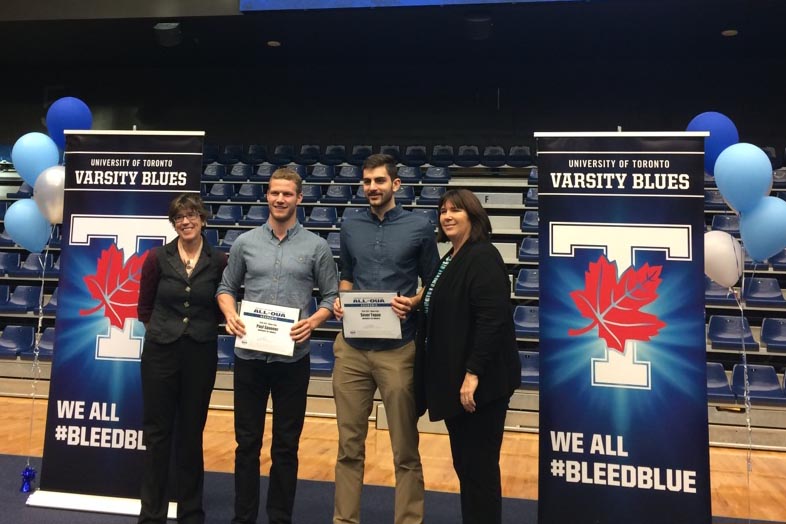 The University of Toronto honoured student-athletes from across all faculties at the eighth annual Academic Excellence Breakfast on November 21.

The ceremony recognized student-athletes who, while competing on a varsity team, earned an 80% average or higher in all courses they were enrolled in during the 2016-17 academic year.

Awardees received special pins to mark the achievement – enamel for first-time winners, bronze for second, silver for third, gold for fourth, and diamond for students earning the award five or more times during their intercollegiate athletic career.

“Receiving the Academic Excellence Award is special to me. I didn’t even know the award existed when I got here in my first year, but once I got it the first time it became the motivation to not stop pushing to get it every time. It’s a reminder to me that when the going got tough, I got going: I pushed through and I’d like to think that I came out better for it,” said Brandon Hadfield (Year 3 EngSci). 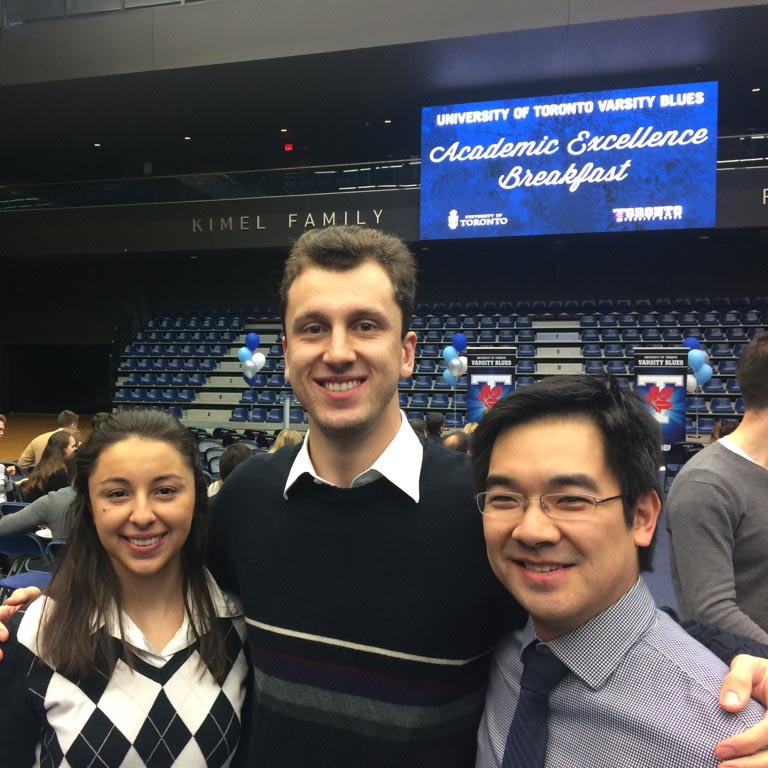 U of T Engineering graduate student Anthony Nassif (centre) was honoured at the Varsity Blues Academic Excellence Breakfast as a member of the Mountain Biking team. His twin sister Christine Nassif (also a U of T Engineering grad) and Professor Edmond Young (MIE) were there to support him.

The 2016-2017 U of T Engineering Varsity Blues Academic Excellence Award recipients are: